Who are the members of the Caveman Chorus?

We're a group of 45 men from various walks of life, and varying degrees of musical experience who all enjoy singing and entertaining audiences.  We have a diverse repertoire consisting of music ranging from barbershop favorites to rock-n-roll classics, jazz standards to patriotic, Broadway hits to sacred.  The Caveman Chorus have entertained thousands of people in Bowling Green, Southern Kentucky, and all over the United States.

The mission of The Caveman Chorus is:
To be excellent in our craft of acapella singing, while serving the community and our families.

The Caveman Chorus is currently searching for a new director to continue our musical growth. If you're interested, contact us today!

In the interim, our tenor section leader Josh Givens and lead section leader David White have graciously stepped forward to serve as co-directors for 2018. 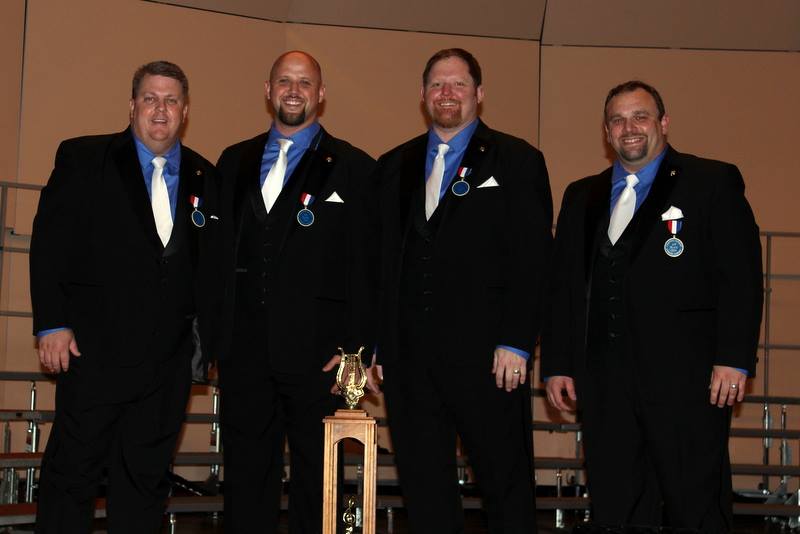 Prior to Joel, Greg Hollander directed the Cavemen from 2001 thru 2012.  Greg is best known for singing bass in the 2001 Barbershop Harmony Society international Champion Quartet Michigan Jake.  These days, you can find Greg teaching a tag during a Cavemen rehearsal break or singing on the risers alongside his son Erick. 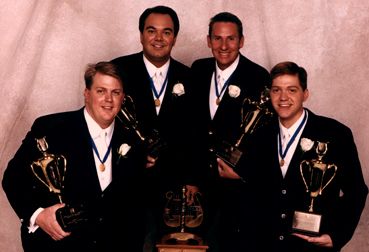 The formation of what eventually became the Mammoth Cave Chapter of the Barbershop Harmony Society began in the spring of 1971 at a meeting in Glasgow, Kentucky called by Society Field Representative Chet Fox.  The twelve men at the meeting elected Marvin Nicholson as president of what was proposed to be the Glasgow-Barren County Chapter.  Nicholson had previous barbershop experience as a member of the Versailles, Kentucky Chapter.

Bill Boone, the choral director at Glasgow High School, agreed to be the new group's first musical director despite the fact that he had no previous barbershop experience.  The proposed name for the as yet unlicensed chapter chorus was the "Highlander" chorus.  By the summer of 1972, after several public performances under Boone and successor John Malone (a senior at nearby Western Kentucky University), the men from Glasgow and Barren County were joined by approximately 10 ex-barbershoppers from a failed chapter in Bowling Green, about 35 miles west of Glasgow, and the site of Western Kentucky University.  With the solid contingent from Bowling Green now in the fold along with about seven or eight others from various towns in the Southern Kentucky area, it was decided to pursue the name "Mammoth Cave Chapter" with the Society in order to reflect the broader membership.

Since its inception, the Caveman Chorus has competed in the Cardinal District competition many times, even earning the right to compete at the annual International Barbershop Competition.